Jim Lewis has been a Park Ranger with the National Park Service since 1991. Since 1997, he has been fixture at Stones River National Battlefield, serving as a park ranger, curator and de-facto historian there. He became the Chief of Interpretation & Cultural Resource Management in 2016.

Jim has researched and presented dozens of interpretive programs at Stones River National Battlefield and across the country on a variety of Civil War topics. He has also produced numerous interpretive publications and exhibits for the National Park Service.

The September 2012 Blue and Gray Magazine featured “Lincoln’s Hard Earned Victory,” a full issue article written by Ranger Lewis that provides a concise analysis of the Stones River Campaign and its military, political, and social consequences.

Born in Burlington, Vermont and raised in New Jersey, Jim is a graduate of Cornell University (BA in History) and has been a student of Civil War history since his late teens. He lives in Murfreesboro with his wife Beth and son James. He serves on the advisory board of the Tennessee Civil War Preservation Association. He is also a founding member of the Middle Tennessee Civil War Round Table and a reenactor in Company B of the Ninth Kentucky Volunteer Infantry, U.S.

For your viewing pleasure: https://www.c-span.org/video/?309851-1/battle-stones-river 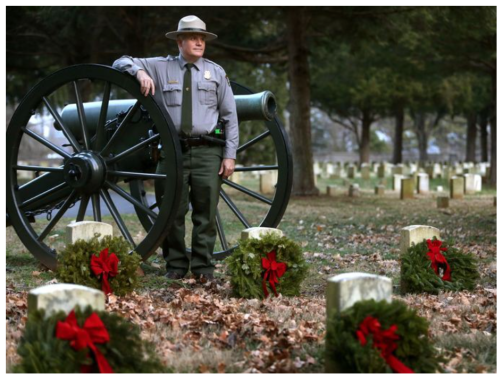 The symposium, marking the 150th Anniversary of the Battle of Stones River, which was fought from December 31, 1862 to January 2, 1863 near Murfreesboro, Tennessee, was co-sponsored by the National Park Service and the Tennessee Civil War National Heritage Area.

Jim will speak at the Jan. 10 meeting of the Knoxville Civil War Roundtable. Details about how you can attend this presentation are at the left of this page.

On the morning of December 31, 1862, the men in Col. William B. Hazen‘s brigade of the Army of the Cumberland prepared to defend a position at the edge of a grove of trees near the Nashville Pike outside Murfreesboro, Tennessee. That afternoon their position, known locally as the Round Forest, became the most hotly contested spot on a battlefield that would become synonymous with hard fighting.

Hazen’s men staved off four separate assaults made by six different Confederate brigades anchoring the Union center that day. The ferocity of the fighting in their sector left behind a gruesome scene of dead and mangled bodies giving immediate rise to a new name: Hell’s Half Acre.

Following the battle, the site became the focus of one of the earliest attempts at battlefield commemoration as Hazen’s men built a monument to mark the site of their triumphant stand. The Hazen Brigade Monument stood for decades as the anchor on the landscape that would later become a national park.

Park Ranger Jim Lewis will tell the tale of the pivotal fighting at Hell’s Half Acre using the words of those who fought there and examine how the fighting there helped reverse the tide of battle. He will also discuss the sense of pride that led Hazen’s men to construct a monument during the rigors of war time, a monument that stands today as one of the most unique features on the Stones River National Battlefield.

Lewis’ talk will be Tuesday, Jan. 10, at the monthly meeting for the Knoxville Civil War Roundtable. See details on the left side of this page. 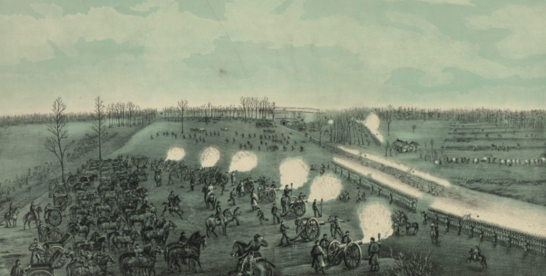 Thank you to everyone who attended the November meeting to hear Ed Bearss speak on “Custer at the Little Big Horn.” There were 63 diners, ten who were non-members. Also attending were an additional 22 members and nine non-members to hear the presentation. Total attendance for the lecture was 94. Thank you once again for your outstanding support and interest in the Round Table.

Remember to make your dinner reservation by 11 a.m. December 12th to hear Jim Ogden speak on “The Great Locomotive Chase.” Don’t forget to bring a dessert to share for the “dessert social” after the speaker’s presentation.

The Battle of Stones River / Murfreesboro

I re-read Larry J. Daniel’s book entitled “Battle of Stones River: The Forgotten Conflict between the Confederate Army of Tennessee and the Union Army of the Cumberland”. The Confederacy referred to it as the Battle of Murfreesboro. This battle was of great importance to both sides and its Generals – Rosecrans for the Union and Bragg for the Confederacy. Rosecrans needed a victory to undermine the growing antiwar movement and regain the northern army’s morale after the loss at Fredericksburg. Bragg, who was defeated in Kentucky, needed to reclaim Middle Tennessee and his reputation. So at the end of December 1862 both armies are on the move in horrific conditions of severe rain and cold, lack of food and supplies, and mud ankle deep to secure Middle Tennessee. 100,000 men fought in deadly battle for three days starting December 31st, 1862 and resulted in 23,000 casualties by the two armies.

In reading Daniel’s book it is hard to understand why this battle is referred to the forgotten battle. Bragg withdrew his army from the field because he did not have the supplies or the reinforcements to continue the fight. I believe that Bragg and his army acquitted themselves well at Stones River but none the less it is considered a Union victory and another loss for Bragg.

The Battle of Stones River

The Union did hold Middle Tennessee and Rosecrans’s star was on the rise. Let us not forget that Lincoln’s Emancipation Proclamation went into effect January 1, 1863 with the support of a win at Stones River. Lincoln would write to Rosecrans: “I can never forget, whilst I remember anything, that about the end of last year and the beginning of this, you gave us a hard earned victory, which had there been a defeat instead, the nation could scarcely have lived over.” Lincoln certainly understood the importance of this battle to his cause to continue the war. This may be the best book on this battle and I would encourage you to read it. Maybe you will be able to answer the question of why this has become the forgotten battle.

In January Jim Lewis, Historian Stone’s River NMP, will do a presentation entitled

“Hell’s Half Acre” at the Round Table’s monthly meeting January 10, 2017. Lewis’ thoughts and insights on this battle.

Map of the Battle of Stones River

A guest speaker, normally an author, educator, or historian of national prominence in his or her field, speaks for approximately one hour, on some aspect of the American Civil War. Additional information about this month's speaker can be found in the current issue of The Scouts Report.This address is followed by a brief question and discussion period.